Some visit just happens, spontaneous and impromptu. The last minute decision to visit

Kopan Monastery was one of them. North from Boudhanath lies the Kopan hill, where the magnificent monasteries are located. As we completed the event at The KTM Drive, wherein we gave healthy kits inclusive of lotion, bathing soap, toothbrush, toothpaste, hair oil, nail cutters and hand towel to six kids at Bouddha and conducted an awareness program on sanitation, we thought of visiting the gumba which was nearby.

We were all set on our bikes, and it took about 20 minutes to reach the top. I remembered driving to the monastery some years back and when we reached; the gates were closed. Since they are strict about their timings, it is best to visit in the morning. The drive was a little tough as I was a beginner then, and it was a good practice for me. It sure is a waste if you cannot get a chance to enter the premises. The roads are narrow with steep slopes; you have to be an experienced driver to reach this destination.

This place is one of the best tourist spots which had magnificent pieces of work. There

were thousands of people, especially the ones who follow the religion of Buddhism in the hall, which was beautifully decorated with chandeliers and different colored ropes designed in a circular way. The prayers were being chanted and as we were observing the crowd. In no time, everyone stopped signing the prayers; the volunteers got up and started handing over packets to eat. It was a delightful sight to see.

There are two gumba on the main entrance and the place is surrounded by many other. We headed towards the stupa behind the prayer hall, and it was carved marvelously. The

stupas were replica of one another, and each one of them had small golden Buddha statues, which were places perfectly in rows. We were amused to see the detailed architecture and the design. We were definitely impressed how it was made and the level of creativity applied. There was a statue of Buddha which was three sided and the life of Buddha was also shown elegantly in the miniatures. As we quickly took a round of the monastery we could see the view of the town. The houses in the valley looked unstructured, and the city looked congested with no greens and space for new houses to be built.

As the place is open every day, the timings on Saturdays are different; visitors need to

enter by 12 in the noon. There are many other monasteries nearby, but they are mostly closed. Some run teaching lessons and are allowed to enter with special permission. The child monks stay in a nearby building and follow a disciplined routine as instructed. Preserving the Buddhist tradition as it was practiced in Tibet over many centuries is one objective of Kopan Monastery. Teachings, rituals and prayers honoring this tradition are part of the daily activities. If you have not been to that side of the town, you should not miss out on the beautiful statuette and monuments. 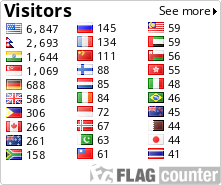